← Back to the Grind
Fall Fitness Essential → 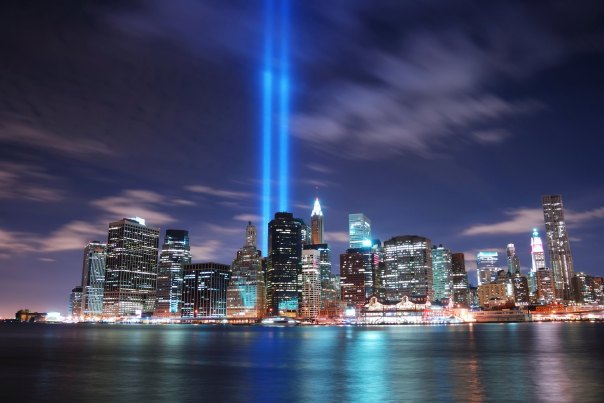 It is nothing short of impossible to believe it’s been 16 years since the world changed forever.

No matter how much time has passed since September 11, 2001, the memories that flood my mind each year at this time remain as vivid as if the tragic events happened yesterday. As many of my longtime readers know, I was a reporter at News 12 Connecticut on that crisp, sunny morning. While it’s been 12 years since I left the world of broadcast news behind, on this day I find myself reminded of the panic and urgency in the newsroom as we went out to cover a developing story that none of us could comprehend ourselves.

There were countless interviews and live shots with people waiting to learn the fate of loved ones who worked in the World Trade Center. There were stories from the people who did make it home, stepping off of trains with ash on their clothes and shock on their faces after witnessing the horror in lower Manhattan. In between the live reports, I also remember making and receiving panicked phone calls and texts. In a pre-Facebook world, there was no other way to try to check on the whereabouts of family and friends who lived or worked anywhere near Ground Zero or the Pentagon. In the days that followed, I remember learning one of my friends and former colleagues was gone. Glen was one of too many people taken from this world so viciously and long before their time.

Amidst the sadness and confusion, there were also stories of how Americans came together to help each other ease the pain. Sales of American flags skyrocketed and random acts of kindness could be witnessed everywhere. Then I think of the state of our nation today, and it makes me want to cry all over again.

Anyone who reads this blog or follows me on social media knows I have never, ever been political. I certainly don’t intend to start now. However, I will say this: I hope we start doing a better job when it comes to showing compassion and treating others the way we want to be treated. As we mark another 9/11 anniversary, people of all ages, races and creeds in Florida and the Caribbean are reeling from the devastating effects of Hurricane Irma. Our neighbors in Texas continue their struggle in the wake of disaster caused by Hurricane Harvey. And this storm season isn’t over yet. Before the hurricanes hit, we saw never-ending news coverage about people around the country arguing about whether statues should remain standing or if movies like Gone with the Wind should be banned. Meanwhile, we are faced with volatile situations ranging from our relationship with North Korea to the status of the healthcare system. Let’s face it: Things are just a mess.

On this September 11th, as we all stop and pray for all those lost on this day 16 years ago, let us also honor their memory by remembering the power of love and compassion.

← Back to the Grind
Fall Fitness Essential →